Invariably, we are shown scenes of handpumps in poor villages in Africa or Latin America and happy children drinking water. We instinctively reach for our checkbooks, ready to fund worthy Water and Sanitation (often known as WASH) projects that change people’s lives for the better.

When statistics later reveal that most charity-driven WASH projects fail or that the  majority of the handpumps in those pictures stop functioning within a few years, most of us usually don’t pay attention. (According to a 2007 UNICEF study, 40% of the handpumps in Africa no longer function and most handpumps have a functional life of 3-5 years.)  We like to believe that if we provide enough money — or the right technology or more equipment — we can solve most of the issues of the poor in developing countries. For many charitable projects, especially in WASH, this is a mistaken belief.

Sustainable water and sanitation infrastructure — whether it’s a large water treatment center, a network of pipes, or just a community handpump — requires the right institutions to make it work long-term. Whether you call it “capital asset management,” “community-managed systems,” or just “sustainability,” it means that the recurring income, technical skills, supply chain support, and the right financial incentives need to be in place to keep things working. For many donor-funded, NGO-driven projects, this is an important aspect that’s missing.

However, there are already well-established institutions in almost every country that can provide sustainability:  the government and the private sector. But many fear governments in poor countries. Isn’t it their failure to provide basic services to its citizens that is the root of the problem? Who wants to give money to governments whose leaders will just shift it to an overseas bank account? Even more, many fear private markets and business in particular. Providing water shouldn’t be about making money. Water is a basic human right, after all, so shouldn’t it be free?

This line of thinking leads to a situation similar to that in Haiti, where I’ve been working in water and sanitation (commonly known as WASH) since 2010. The government is starved of funds to drive any meaningful change, much less multi-billion dollar projects. The private sector thus provides much of the services for potable water to the population. Unfortunately, their model relies on water trucking and is wasteful, dirty, and expensive. The Haitian consumer suffers, paying 12 cents per gallon for treated potable water — that’s 80 times more than the average price of municipal water in the U.S. Meanwhile, well-intentioned NGOs put in place programs that are only stopgaps, or they stop working after funding dries up because there is no sustainable capital asset management model in place. Worse, their efforts can put well-run local water providers out of business. I call Haiti a WASH equipment graveyard; I’ve seen enough non-functioning and abandoned water systems in Haiti to lose all hope — and I confess that I’ve contributed to some of that myself.

Successful WASH projects need to have a clear strategy for ensuring that the right institutions, resources, and incentives stay in place to keep it self-perpetuating — or even expanding — once philanthropic funding ends. Governments clearly have a strong role to play, and the endgame is strengthening — and cleaning up — their capacity to properly regulate and eventually execute a comprehensive WASH strategy for their populations. NGOs cannot replace the long-term role of the government.

In the meantime, philanthropy can do more to leverage the private sector to achieve social goals. An impactful role for donors is to facilitate innovations that businesses can then implement at scale. Donors can also support entrepreneurs who are trying to solve hard social problems by creating better, cheaper products and services that serve the basic needs of the poor.

The philosophy behind Watering Minds is exactly that:  supporting local entrepreneurs and institutions to deliver a valuable service more economically while supporting the local economy.  Whether that’s in Haiti, Cambodia, or India, the result is the same:  an economical solution, yes, but it’s also sustainable jobs, a better quality of life, and a more promising future for the children at these schools.  They are the future and the best place to start in making a change. 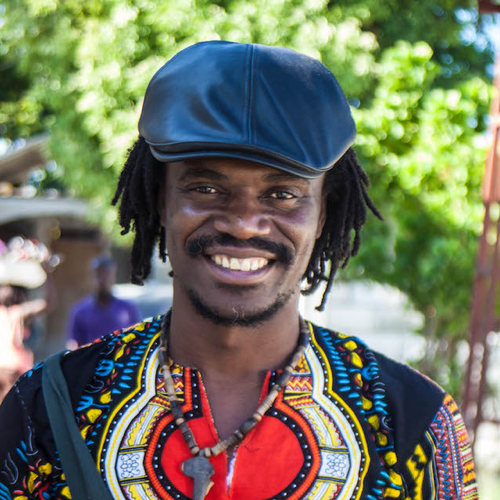 Learn More
Through my eyes, seeing the lives of children in India changing.. from hospitals to playing sports, volunteering and dreaming of the Airforce.
By:
Jeri Stein
Learn More
Meet Antoine Eleoim, 7th grader at the Ministere de Jesus Christ school
By:
Louino Robillard
Learn More
Changing the lives of locals through employment
By:
Jim Chu