Children are the most susceptible to the perils associated with unsafe drinking water in a country where 21% of communicable diseases are related to unsafe water as per World Bank statistics. The WHO health statistics reveal that about 38 million people are affected by waterborne disease in India each year and 75% of these are children.1.5 million children each year, 1,600 daily, die from diarrhea alone.  India also has the highest number of children whose growth is stunted, 38%, from contaminated water in the world. These epidemic caused by contaminated water are taking a heavy toll on India’s future generation.

Naandi Community Water Services (NCWS) is one of India’s largest community based drinking water solution providers in India, established through a collaboration between Naandi Foundation’s Trustees and Danone Communities. In 2010, NCWS setup their first water kiosk, and they now have a network of over 600 entrepreneurial-run water kiosks, providing over 700,000 people with water, across the states of Haryana, Rajasthan, Karnataka, Andhra Pradesh, Telangana and Marharashtra. Naandi’s ‘Safe Water for Schools’ program currently serves 71,000 students in 497 schools. 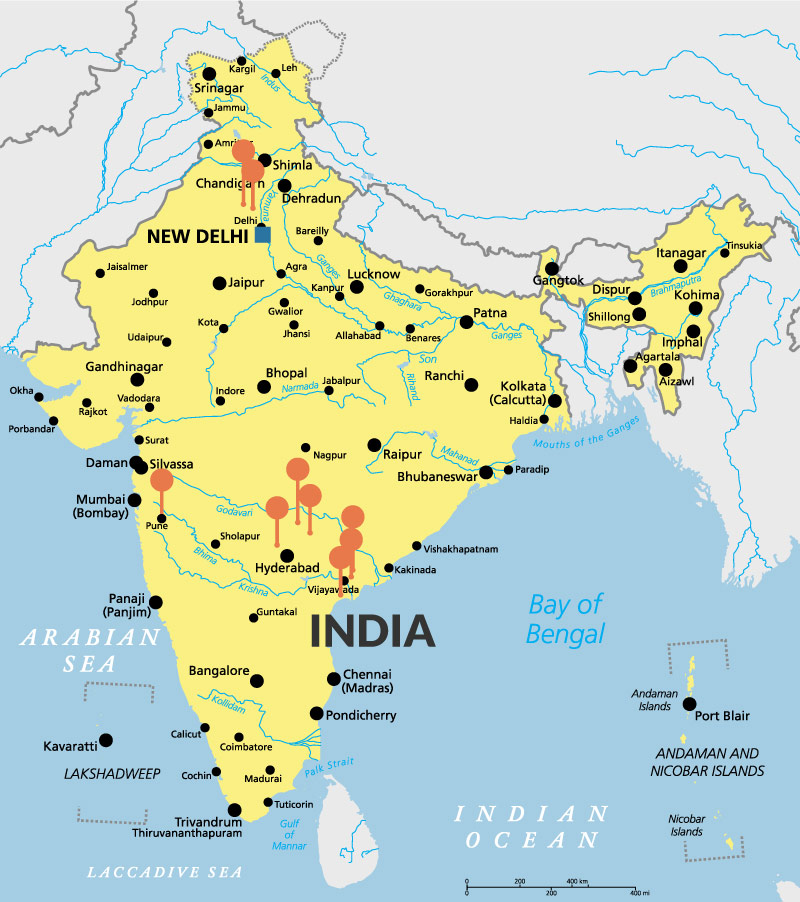 How your dollar is spent in

The Schools Get Clean Water in

1. The water is pumped from the installed borewell
2. The raw water is held in a holding container
3. The water goes through a sand filter to remove large physical contaminants
4. The water then goes through another series of filters to remove finer particles and RO to remove bacterial contaminants.
5. UV disinfects the water for microbial contaminants
6. Water cans are then filled at the ATM machine & data is reported to an IT database
7. The water is loaded and delivered to the school by local delivery entrepeneurs
8. Students drink safe water!
9. Students are taught about the importance of safe water and hygiene by Naandi's Community Expoert
10. Naandi's Community Expert works with locals to put on street performances in the villages to teach the importance of safe, clean water

The Bhagal Primary School was started in 1958, and the state government of Haryana has been running it since. Initially, the school had a huge number of children given the low awareness among the people about family planning with each family having 5-6 children. The school originally didn’t have a building, so all of the students used to study under a tree. In fact, there was a shortage of teachers, as an absence of roads prevented faraway teachers from joining this school. Before the school was made available in the village, parents used to send their kids to Jaat School and Hindu School (Religious Schools) in the city area. Boys and girls used to share the same campus, but once the population hit 600, the government granted the funds for another school. The school won the first prize for cleanliness in 2016, at the “Saundariyakaran competition", but it still does not have access to safe drinking water. Since the groundwater is so contaminated, the schools existing pump isn't useful.

The Kurar Boys and Girl's school are located in the Kaithal district of the Haryana State of India. 127 girls attend the girls school and 131 boys attend the boys school. The schools were started in 1973 when the local governing body applied for a school with the federal government. The schools currently have access to a government installed borewell, but the groundwater is highly contaminated. The main source of income in the area is produced by agriculture, and in recent decades, the water quality has been impacted by the introduction of pesticide and chemicals into the farming process. The students have a history of yellow fever, diarrhea, kidney stones and liver problems.

The Deora High schools currently has 283 students, 138 boys and 145 girls. The school was started in 1974 when much like the other schools in the village, the villagers asked Sarpanch (Village Headman/Headwoman) to submit an application to the education department to open a high school. The school does not have access to clean water. The current water source is a submersible pump which provides highly contaminated groundwater. Per the school authority, “the students of this school go through a lot of health related issues due to un-safe drinking water. The students suffer from stomach pains, digestion problems, vomiting and dehydration, and diarrhea.” This rural village with a population of about 8500 people has always been popular for producing great players especially in strength games like Kabbadi, notably, a young chap by the name Ravi was a playing member of the Punjab team in Kabbadi League held in Canada.